It’s almost the end of February—how are your 2016 resolutions going? Can you believe that we have been in 2016 for two months already? In our last blog, we scoped out some social media trends to be on the look out for, and so let’s talk about a few more things we’ll see in social this year.

Periscope and Meerkat took social media by storm in 2015. It remains to be seen who will come out on top, but Periscope released its user data showing 10 million users are watching more than 40 years’ worth of video each day. Impressive! Since none of the video services have taken over the market yet, you can still choose which one works better for your business. And if you’re wondering which to use, we’re seeing more businesses on Periscope than Meerkat. 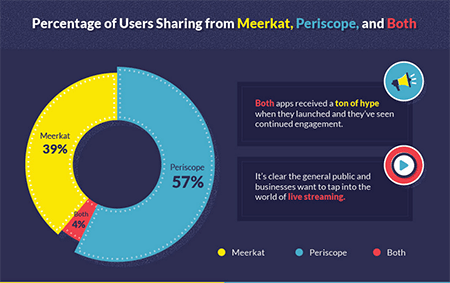 Imagine you’re a tour boat captain, and one of your guests starts streaming your whale watching tour direct from the deck, the whales breaching in background. Gwen, who has few followers on her personal account, periscoped for 45 minutes during a whale tour last week. She had on average 100 simultaneous viewers and, at the end of the broadcast, had 811 unique viewers who had watched her “Whale Watching on Maui” scope. Viewers were from all around the globe including Mexico, Southeast Asia, UAE, and Britian, and came in with comments like “Hello from London!”

Her takeaway: the Visitor Industry is missing a huge opportunity.

One of the key elements of video streaming is that you have a continuous dialogue. Somebody came in and asked her about the white whale, was it legend or reality? She turned to the Captain and he picked up the thread to finish the conversation. Seems the white whale is a reality, a rare albino species of humpback, but being white they were easy to spot, were hunted almost to extinction. The point is, not only do people watch, but they engage. You can bet that the next time any of those users come to Maui, the first thing they’ll do is buy tickets to see the whales for themselves. Exposure = new audience.

More interesting than reading off marketing cue cards, using unedited and unfiltered video reveals who the business authentically is, funny warts and all. By 2019, Cisco predicts that nearly one million minutes of video will be shared every second!

Facebook Live has opened up to allow users to live-stream directly from the app to their newsfeed. Here’s a great example of how one small business is using Periscope to talk to her clients.

Two of our favorite examples are: 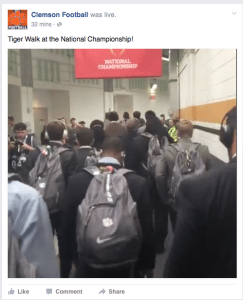 2. James Rodriguez signed his Adidas extension live on Periscope. How exciting for soccer fans!  Watch it

Just remember that the person who is doing the filming needs to hold the video still, speak loud and clear and be sure to pan their surroundings. Just like giving a tour! So now is the time to decide how can you make live video work for you.

A great local example of a business doing Periscope well is the Pacific Aviation Museum. Check it out! 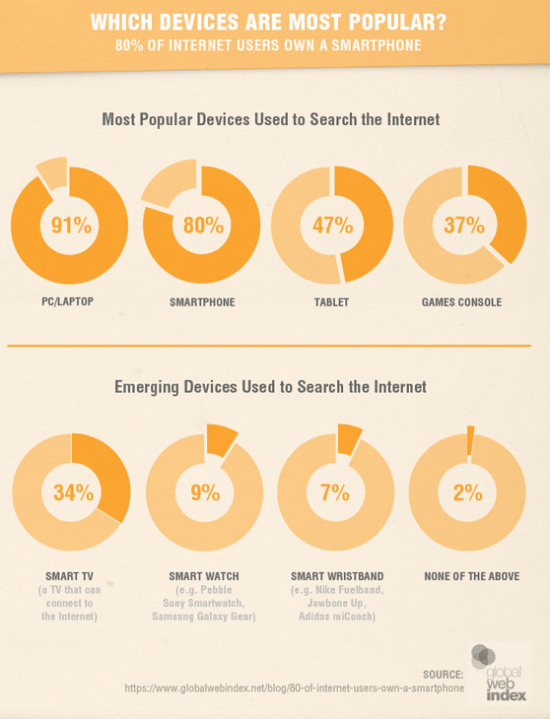 If we type in your URL on our iPad, will we have to squint to see it? Mobile is now considered necessary for business. If your business is not embracing mobile, you are frustrating customers, but you can fix that. Websites need to adapt to screen sizes, whether TV or smartphone. In 2015, mobile traffic overtook traditional desktop traffic here in the U.S. (Search Engine Land) and will continue to keep climbing. 80% of all mobile users accessed the Internet on their mobile devices and is predicted to grow to 86% by 2018. (Statista)

So you may be asking what does that mean for business owners? You need to make sure your site is mobile friendly. Log onto your URL on a smart device—do you like what you see? How is this for a startling fact, 14% of mobile users admit to not using a business if there is no mobile site or app available.

So, is your site mobile friendly or do we need to break out the bifocals to read it? 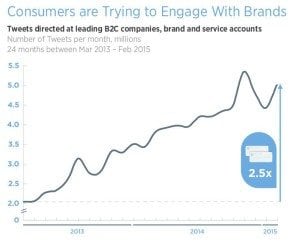 In 2016, you can expect more tools being made available to businesses to communicate with their customers including intelligent automation options on Twitter. Intelligent automation means less real staff members responding while improving customer outcomes with quicker response times. Think about how you can up your customer service using the new tool!

You are have poured countless hours and perhaps cashed in your life savings for your business. Don’t you want your customer service to help your company rather than hurt the reputation? Now you have to ask yourself the question, Is your business utilizing social media to provide optimal customer service?

Social media will continue to grow and become an even more important aspect to businesses in 2016. Staying on top, or ideally ahead of the social media trends will help your business become well placed and maximize social marketing performance.

About the Author: admin