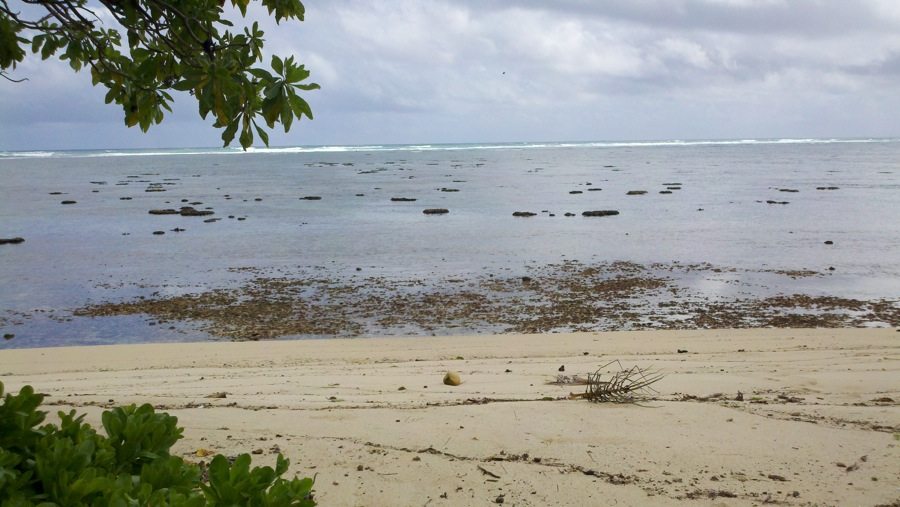 It’s hard to describe or imagine the destruction and devastation that Japan has suffered from the Magnitude 9.0 earthquake and resulting tsunamis. I was at home stacking blocks with my daughter when the show on TV was interrupted by the news of the earthquake, and within 10 minutes live footage of the tsunami was being broadcast.

Then came the news that Hawaii was under a tsunami warning, or that a tsunami is highly likely. Ironically, I just moved to the house I am in now, and it just so happens to be on the beach on the windward side. And, my older brother was visiting from California for the week, in search of a relaxing tropical vacation. After hearing of the tsunami warning, my heart instantly sank. First fearing for the safety of my daughter and family, I then realized that I could very well be in the heartbreaking images I had just witnessed on TV. I was soon reminded that I had something that Japan did not: time. When it was announced the tsunami was due to arrive around 3am, my fear turned to helplessness. Helpless that I knew what was coming, just not how bad, or if I would have a home in the morning.

I prepared to evacuate. Luckily we are on the bottom of a two story duplex, and our neighbor upstairs let us put anything we wanted in his house, in hopes that at least the upstairs could be spared from damage. Knowing we didn’t have time to load everything upstairs, I had to choose the things that I most valued, and what had the most value. Big screen – check. Computer – check. More importantly, priceless things like birth certificates, tax records, and photos. Lastly, the survival items like food, water, blankets, tents and diapers had to be packed into the car.

Then, I turned to Twitter, and started looking at any #HItsunami tweets. We had the TV going until it was packed upstairs, and then the radio was on, but being a social media advocate myself I knew that Ttwitter would be a more reliable and up-to-date source for information. Plus, I could get the latest tweets on my phone, instantly. We found out via Twitter that Kualoa Ranch was letting neighboring families stay in the upper hills of the Ranch through the night, and we decided to wait it out there.

I left my house, looked around at what I had to accept might be the last time, and let go of all my belongings, except what was in my car – and even that could be jeopardized if for some reason we had to abandon the car in search of higher ground.

The worst was the waiting. Wendy Harvey described it best in her tweet:

2:08am | @PRwahine: Hard to describe the feeling of waiting to know if all my belongings will soon be limited to what is in my car #HItsunami

I found the most comfort first that my family would be safe, and second, that I would have the most up-to-date information through it all. Roxanne Darling (@roxannedarling) wrote about the power of social media during a crisis, and describes information it provides as a “tonic” in her post: http://bit.ly/aO0Pr1 from the 2010 tsunami in Hawaii. While my brother and boyfriend were listening to the radio, I was on Twitter, and realized I was getting my information 15 minutes or more ahead of when it was broadcast on the radio, if it was broadcast at all. BTW, at one point I remember hearing someone calling in and asking if the tsunami will effect their X-Box—really?

2:01am | @gjwahine: Plenty of people here camping at kualoa ranch but more room if need place to go #HItsunami

3:23am | @TiffAngelle: @hawaiinewsnow reporting that tsunami wave is NOT slamming Kauai at the moment contrary to what national news is saying. #HItsunami

4:49am | @hawaii Water came ashore abt 50yd at Haleiwa, leaving fish in a parkin lot & takin a dock into the ocean, per @hawaiinewsnow.#hitsunami

5:55am | @PRwahine: S. Kihei Rd is flooded in parts. Lava rocks and sand strewn over the street and a jeep turned sideways. #HItsunami

6:56am | @gjwahine: @NEENZ looked at road and not bad at all. Some small area of debris but waves didn’t come past grass where we are at #HItsunami

As you can imagine it was a long, sleepless night. For everyone in Hawaii. Despite all the anxiety, we made it through, and by dawn even though the tsunami threat was still there, I could feel a big collective sigh of relief spread across Hawaii. Even though there was some crazy damage, like this (video by Sam Farmar, on his YouTube channel)…

We are all thankful that we weren’t as hard hit as we could have been. Even though we were uncertain what our fate was, it was the access to information social media provided the stability we needed.

If you would like to help with relief efforts in Japan, I encourage you to donate to charities like these, and there are many more that I have not mentioned.

But be careful there has been several reports of scammers taking advantage of this disaster—shame on them! To find out how to find a reputable trusted charity, you can visit Charity Navigator American Institute of Philanthropy GuideStar